The #SORRYBRO - decision is available originally in English at www.aufrecht.de/9142 and we have already made an effort to provide a German version, here at www. aufrecht. de/9143.

In summer of 2017, the managing director of a local but internationally active fashion company commissioned our law firm with the European Trademark Office EUIPO to register the word mark "#sorrybro” among others to apply for garments, headgear and footwear. Trademark searches were conducted for registered trademarks at the EUIPO and the competent authority for Germany, the DPMA. Furthermore, the applicant was not aware of any appropriate labelling for fashion and clothes and usual accessories from third parties.

At the end of the same year our client received a warning for allegedly older rights of an English comedian “Ben Phillips”, who not only claimed a not insignificant degree of notoriety for himself, but also under the same name according to his own statements ran a successful Youtube channel (with probably Prankvideos), had a comedy program and had registred two trademarks, namely the word mark

and the word picture mark

however, exclusively in the UK.

He then filed an opposition against the EU trademark with the EUIPO on the basis of the registered and unregistered trademarks, which had been decided in detail just a few days ago by the Opposition Division of the EUIPO.

In the course of the proceedings, in addition to extensive other factual and legal arguments, in particular the BREXIT, which had initially become apparent but had in the meantime also been implemented, became increasingly important.

It has often been stated that the United Kingdom has only completed Brexit since the end of 2020, but it is correct to say that the UK already left the EU on 31. 1. 2020 at exactly 23.00 local time and 24.00 Central European time. According to the view held on this side, has since then no longer been entitled to take action against EU trade marks on the basis of English trade marks: 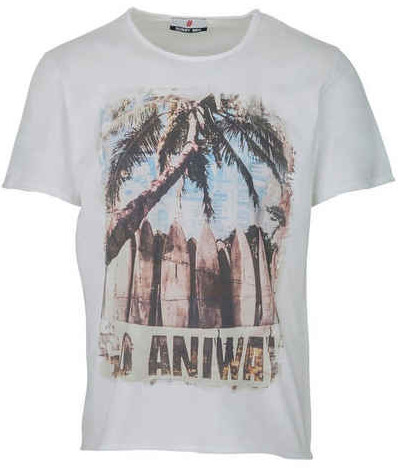 „The opponent bases his objection on one or two trademark registrations of the United Kingdom.
Since the United Kingdom left the European Union on January 31st at 11 p.m. UTC (midnight CET), it is no longer a member state. Rather, it has been a third country since then.
An opposition contradiction based on a trademark registration from outside the European Union meaning from a third country is not recorded in Art 8 and cannot be successful.”

we stated in the proceeding.

After the transitional period to the end of 2020 had expired in the meantime, the Opposition Division of the EUIPO now granted such an assessment under the 12th February 2021 right and ruled in essence:

1) On 01/02/2020, the United Kingdom (UK) withdrew from the European Union subject to a transition period until 31/12/2020. During this transition period European Union law remained applicable in the UK. As from 01/01/2021, UK rights ceased ex-lege to be earlier rights protected ‘in a Member State’ for the purposes of proceedings based on relative grounds.
The conditions for applying Article 8(1), (4) and (5) EUTMR, worded in the present tense, must also be fulfilled at the time of taking the decision.

3) The United Kingdom cannot be claimed as valid territory of the subject proceedings as UK rights ceased ex-lege to be earlier rights protected ‘in a Member State’ for the purposes of proceedings based on relative grounds.

4) Merely quoted provisions of the United Kingdom law within the text of the opponent’s submission are, in any event, not sufficient in order to substantiate the opposition in relation to Article 8(4) EUTMR.

Consequently, the opposition was rejected in its entirety.
The decision is not yet final, but in our view it is now the only correct decision and should be useful in many other proceedings.
We are delighted with this success.